Ride the longest Cresta toboggan run in Wales!! At an amazing 750m long, you don’t want to miss this exhilarating experience. On the Great Orme & only 2 mls away 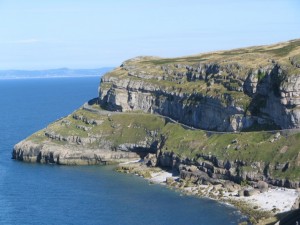 The Great Orme, rising from the sea at Llandudno, has attracted countless generations of people from the Stone Age right up to the present day. Whether your interests lie in history, bird watching and natural history or simply walking or enjoying spectacular views, the Great Orme has something to offer everyone.

The Great Orme is 2 miles long, 1 mile wide and rises 207 metres (679 feet) from the sea. The geology, wildlife, archaeology and landscape is of such importance that much of the headland has been designated a Special Area of Conservation, a Site of Special Scientific Interest and a Heritage Coast.Or the Great Orme Country Park 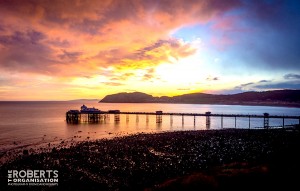 Llandudno Pier was originally operated by the Llandudno Pier Company. In 1968 the Pier was purchased by the Trust House Forte Group, and then became part of the First Leisure Corporation in 1983. Today Llandudno Pier is owned and operated by Six Piers Ltd and still retains it elegant Victorian appearance, referred to by some as the “Queen of Welsh Piers” 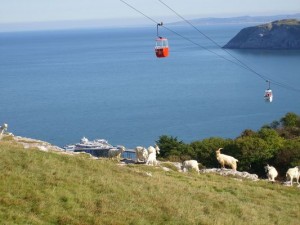 The longest cable car in Britain. Enjoy a ride on the Llandudno Cable Car during your visit to this beautiful resort. As the cable car glides silently from Happy Valley to the Summit of the Great Orme (679ft) a magnificent panorama unfolds breathtaking views of Llandudno, the Little Orme, Conwy Estuary and beyond. 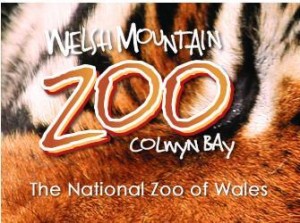 The Welsh Mountain Zoo is set in North Wales, high above Colwyn Bay with panoramic views and breathtaking scenery; its beautiful gardens are home to this caring conservation zoo. Roam the wooded pathways, relax on the grassy slopes and spend a lovely day learning about many rare and endangered species from Britain and around the world including Snow Leopards, Chimpanzees, Red Pandas and Sumatran Tigers!

Conwy Castle dominates the mouth of the River Conwy and the medieval walled town of Conwy in North Wales like a huge goliath and serves as the major tourist attraction in the county of Conwy.

The castle was built on the orders of King Edward I of England and construction began in 1283 under the direction of Edward’s chief architect James of St. George. 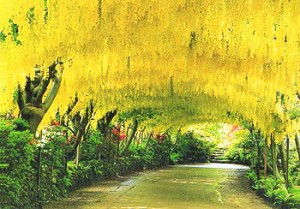 Bodnant Garden is one of the most beautiful gardens in the UK, spanning some 80 acres and is situated above the River Conwy on ground sloping towards the west and looking across the valley towards the Snowdonia range.

The Garden has two parts. The upper garden around Bodnant Hall consists of the terraced gardens and informal lawns shaded by trees. The lower portion, known as the “Dell” is formed by the valley of the River Hiraethlyn and contains the Wild garden. 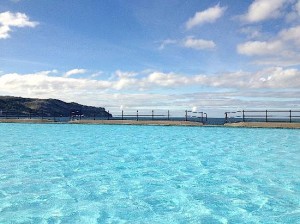 Our ever popular paddling pool is situated in Llandudno and is located on the east side of the promenade on the sea front opposite Bodafon field. Only 300 yes from Cintra

This is one of the largest outdoor paddling pools in Wales and is a very popular attraction for the area during the summer season. 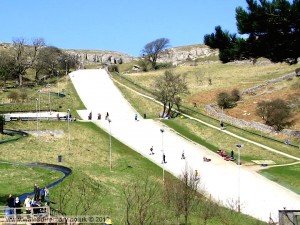 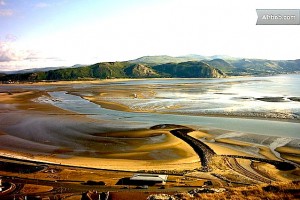 West Shore beach shows a quieter side to Llandudno than the bustling North Shore. This is a sandy beach, popular with holidaymakers and facing into Conwy Bay where low tide reveals a large expanse of sand, which is great for kite-flyers and kite-surfers alike. It’s also renowned for its spectacular sunsets.

Walkers can join the Wales Cosat Path or hike up the nearby Great Orme headland a wildlife-rich Country Park and Special Area of Conservation.

Cafe and toilet facilities by the beach. 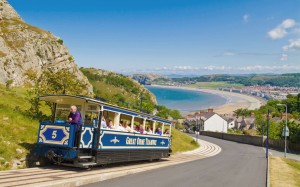 The Great Orme Tramway is Britain’s only cable-hauled public road tramway and has been delighting visitors from near and far since it opened on July 31st 1902.

The Tramway climbs a mile (1500m) high up the Great Orme Country Park and Nature Reserve with the unique journey beginning at Victoria Station then climbing to the Halfway Station exhibition, where you can discover the history of the fascinating funicular and view the Victoria engineering. Change trams at the Halfway Station and continue your journey to the Summit where the views are breath-taking! 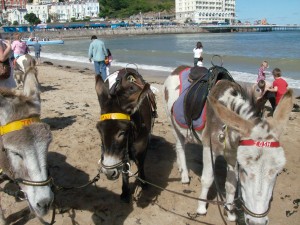 A visit to the Seaside would not be the same without the traditional Donkey Ride and they can be found near the slipway next to the Pier as they haver done for almost 100 yrs. They now do donkey rides on our 2nd Beach at the West Shore 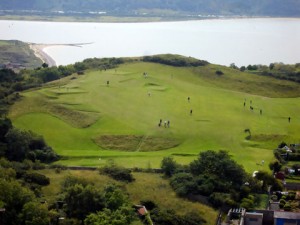